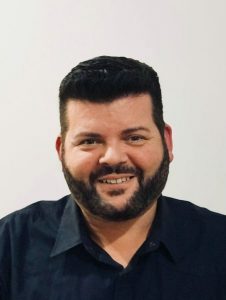 Jason is a well known Psychic/Medium that has been based at Mt Tamborine & Gold Coast now for almost 15 years conducting readings and healing sessions.

Jason realised he had an ability when he was a teenager, he noticed that the visions and dreams that he was having, would become reality, within a short period.

It was when Jason saved his friends life that he realised he had to use this gift to help people. He and a mate were riding their bikes to school when Jason forced his friend off the footpath, seconds later a vehicle rounded the corner way too fast and ended up on its roof, right where Jason’s friend was riding. That day changed Jason’s life and enabled him to realise how important the visions he had were. Jason continued to listen to these guides and allow this special gift to become what it is today.

Now over 20 years later Jason has clients from all walks of life, all over the east coast of Australia. The clients are returned or new clients by recommendations, due to Jason’s accuracy and his unique style of readings. Jason combines tarot and angel cards whilst also using mediumship, and energy work if he feels it is needed.

Those who have readings with Jason, feel a connection, leave feeling confident that they have gained insight into their future endeavours. You will have direction with any questions you need answered.

Jason is available every Thursday from 10am 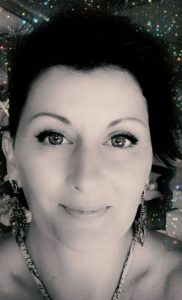 Whatever service you feel drawn to experience with Shar her primary goal is to connect you with your higher self and deliver divine messages from your guides and higher beings of the light.

We all have the ability to connect into this guidance and feel more joy and peace in our lives, Shar will help to awaken your own abilities and natural connection. YOU are the healer and the mystic, maybe you just need a little help to remember. Shar will be your support and guide in this process, but only you have the power to open the door of your unlimited potential to heal your body mind and soul and regain the flow of universal love and connection.

Shar is a natural born empathic clairvoyant that uses this gift to communicate with your Higher self and Guides through feelings and visions, she was shown the art of Tea Leaf Reading as a child and was drawn to learn Tarot in her late Teens. Although Shar was trained in Reiki to become a Reiki Master more than a decade ago, she has somehow always had the ability to connect to this healing energy and her methods of energy healing have now become her own without the need of Reiki symbols.

Shar is drawn to use many tools during Healing sessions, Crystals, Oils and sound to name a few.Astrology is a life long passion and the learning of this art of reading the stars will be constantly evolving, as Shar also has an interest in Astronomy her astrology is based in real time, where the planets are actually placed in our sky and not on a tropical astrology chart that has lost its alignment with the actual planets placements in zodiac signs, this may affect what you believe your sun, moon and ascendant to be, but you can discover a deeper truth and understanding within yourself.

Shar is available every Thursday & Friday from 10am 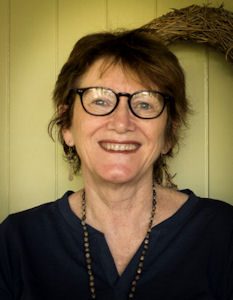 When Kathy was a small child she used to amuse my parents by letting them know who was on the phone and who the call was for! By the time she hit her teens she was connecting with those who had passed and who needed help passing over to the spirit world. She now helps clients by clarifying what is happening in their lives, the direction they need help to move in and also by linking them with loves ones who have passed over.

Kathy believes that we can be the best we can through a process of healing and learning, both personally and with the guidance of others. Sometimes we just need to know how to put the pieces together to work towards having peace and joy in our lives. Her focus is to help to empower people to achieve all they can. Her training in counselling is reflected in her caring and understanding communication with all her clients.

Kathy has clients both within Australia as well as overseas. She is recognised for her ability to get to the heart of the problem with spiritual insight, and she offers practical advise for moving forward.
Kathy practises Clairvoyance and Healing to help people access and understand what is happening in their lives and to identify blocks that affect their ability to move ahead in this life.

Kathy is available every Saturday from 9am